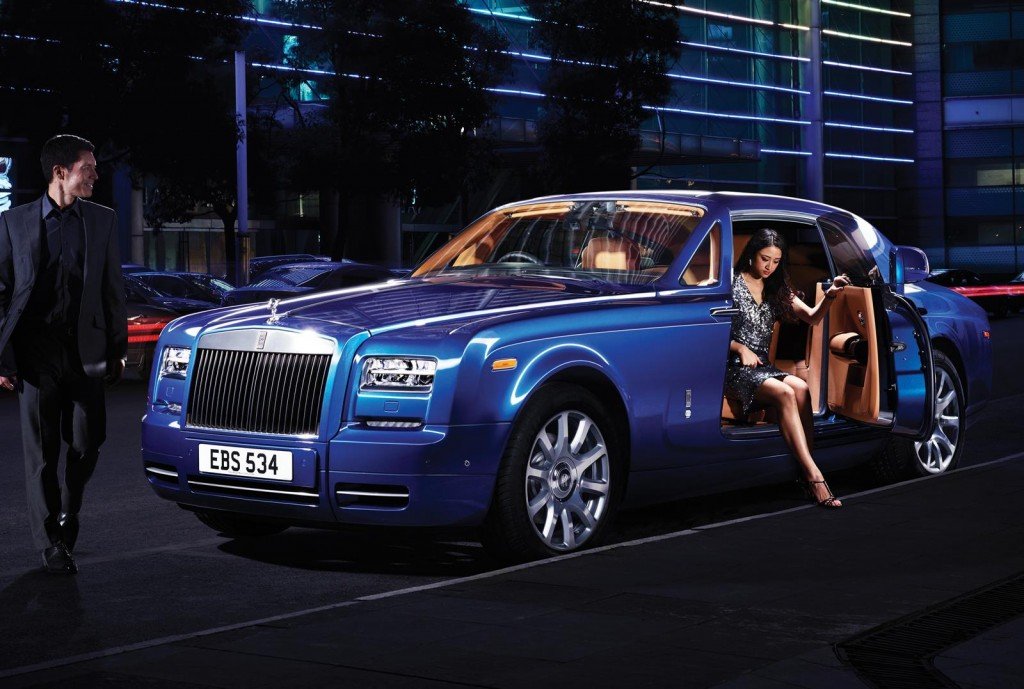 Without question, along with Bentley – Rolls Royce are one of the world’s most prestigious car manufacturers. When they announced the launch of their new Phantom II series in the Far East last month, the motoring world sat up and listened. This new range is their interpretation of the modern luxury motor car, pushing standards of excellence in style, engineering and comfort.

The current Phantom range consists of four cars, including the standard Phantom sedan, described by Rolls Royce on their website as the very essence of the marque. There’s the extended wheelbase model, which offers almost an 250mm of space in the passenger area, making it the ideal chauffeur driven model.

The Phantom Drophead Coupé, inspired by the yachting scene of the 1930s, has been specially designed to give the interior the feel of a luxury boat. Finally there’s the driver orientated Coupé, which has been created with a sleek, seductive silhouette that oozes style. All of these models have the power to turn heads on the street and make jaws drop just that a little.

The original range was released in 2003 and quickly became the new flagship for the Rolls Royce revival. With the new Phantom II series the manufacturer has kept the essence of the previous models, whilst making a few modern changes to the look as well as fine tuning some aspects of the engine performance.

Looking at the outside of the car, the most obvious change is the new rectangular LED headlamps. These alter the whole look of the Phantom’s front profile, perhaps giving the car a more American styled look. We’re not entirely sure that we’re sold on the style of these lamps, but we’re pretty impressed when it comes to their performance. They project a much ‘whiter’ light, which is said to aid drivers concentration whilst travelling in the dark. They also use special electronically controlled reflectors that are able to focus the light on the road, adjusting for driver speed and cornering.

In order to accommodate these new lamps, there has also been a slight restructuring of the Phantom II series’ bumpers. However, if you’re really looking to protect this car from any scrapes then you’ll be happy to hear there’s now a special camera that can give the driver a full 360 view when parking. As you’d also expect there’s a fully updated satellite navigation system that’s presented on a 223mm screen, with everything the driver needs a mere touch away.

The Phantom II series will use the same engine as the current range. This is a 453 bhp direct injection 6.7 litre V12 engine, which is designed in house by Rolls Royce. The new models will also use a special ZF 8 speed automatic transition system that is said to deliver the engine’s power to the road with a smooth, almost effortless precision, giving the driver the impression of elegantly controlled power. The additional gears also have made the new Phantom II more fuel efficient than it’s predecessor, cutting down consumption by as much as 10%.

From what we’ve seen there’s an almost endless combination of looks, interior and colours available for the new Phantom II series. This really is a new range of cars that are all about luxury and  elegance, swapping the brash sports styles some might associate with prestige cars for a much more laid back refinement, as has always been the hallmark of this world-beating British car brand. As ever, they’ve created a car that’s so good you’ll be disappointed when you have to get out after arriving at your destination.

The Phantom II series is due for release in September 2012. We can’t give you the full price list, but from what we’ve read on the internet the entry level model starts somewhere around £350,000.

Got an older Rolls Royce you want sell? We buy Rolls Royce cars and can offer you the best price and the best personal service that your Roller deserves. Call us on 0845 003418 or complete this form to get your Rolls Royce valued.

If you want to take a look at more pictures of the Phantom II – click here to visit our image gallery on Pinterest.