Are you ready for a convertible? 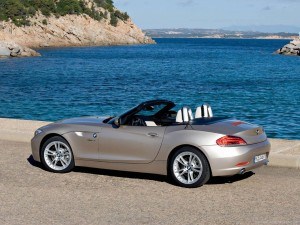 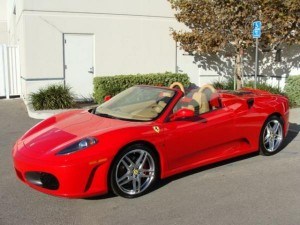 So, the sun is shining occasionally, we are all thinking of holidays, suntans and the World Cup! But are we ready to our convertibles yet? With the UK weather, its always gamble! When we think ‘convertible’, these images appear.

Outside the Mercedes 350 SL or even the mighty 500SL awaits us. The roof down, the sun already blistering down on it. We skip to our pride and joy and almost jump into the drivers seat, putting on shades and repositioning the sun visors.  The gentle breeze gently sways your hair as you drive out into the fresh early morning. As you drive along listening to the roar of the engine, or the thump of the 500SL, you admire the deserted freeway, hills and clover, fields of bright yellow flowers dancing in the haze. You arrive at your destination, awake, with a huge smile, turning back to your beloved convertible looking forward to once again the pleasure of the exhilarating  drive home after a day at the office. Today however is different……….., you are running late, looking up at the sky, its a ‘I’ll risk it’, you stride out to your convertible, aware of the gentle breeze actually feeling like a gust! Oh well, will not bother with the shades, in fact you turn the fans to heat just to warm the evident chill in the air. Driving out you then realise you are now in the full thrust of the school run traffic! Aware of certain suggestions to both you and your car being said rather too loudly by a certain group of youths. You almost are by this point unaware of the steady drizzle that now seems to be not only dampening your freshly blown dried hair but also the jacket and briefcase now look decidedly wet!! Do I risk another round of ‘suggestions’ from the same youths who now seem to have caught me up, (slow traffic) while I attempt to raise the roof? Guess that just needs to be a no! Hey, I’m not scared of a little rain! So, after turning the corner into slightly less traffic, I decide to up the roof! Thankfully, due to Mercedes engineering, this is a swift efficient process. I find myself then undercover, wet and now very steamed up! Again, Mercedes don’t let me down. The climate control demists in seconds and I now feel in control again. I listen to the weather forecast and hey, by the time I leave the office, it will be dry and sunny! Weather people know their stuff, don’t they??? Are you ready for a convertible? If so, what to buy? Lets take a  look at this one today…. . The Mercedes Benz SL .

The Mercedes-Benz SL is a fascinating, enduring and exquisite contradiction of a sports car. This two-seat convertible has a triumphant motorsport history that most sports car makers would consider priceless, and for the past decade or so – thanks to the work of AMG – it has ranked among the fastest and most powerful roadsters in the world. Having familiarised itself with the use of structural aluminium while producing the hand-built SLS, Mercedes has taken the plunge by making the new SL its first series production car to be built predominantly from the stuff. Daimler’s determination to make this new SL worthy of the ‘Super Light’ billing has driven its engineers to find weight savings all over the car. Having taken 15kg out of the roof, 11kg out of the seats, 11kg out of the front suspension, 4kg out of the electrics, 4kg out of the stereo, 4kg out of the front brakes and even 250g out of the wheel nuts, they’ve delivered the SL500 at a claimed 1785kg. Nestled in the new Mercedes SL, you’re seated so far from your passenger that it’s hard to believe this is a two-seat roadster at all. In terms of lateral cabin space, the SL is more like a limo. It’s even wider this time around, having grown by 57mm in girth, and provides acres of elbow and shoulder room.Nevertheless, a pair of seats is all you get. The cabin, however, provides lots of room for two occupants, and not just in terms of occupant space. There’s a large storage cubby at the base of the centre stack, a roomy armrest cubby, a third covered cubby behind that and a lockable box immediately behind the passenger seat that is large enough to keep your valuables secure with the roof down. If you feel fortunate to be inside the Mercedes SL at all, those who like impressive performance will feel luckier still to be in a 500 when the throttle is flattened. At our test track, pressing the right pedal into the carpet was enough to propel the SL500 to 60mph in 4.3sec – quicker than the previous SL63 AMG – and on to 100mph in less than 10 seconds. By a kilometre it’s doing 150mph. Make no mistake, this is premier league roadster performance. The SL is as entertaining as you’d reasonably expect it to be, but with a few peculiar, stability system-induced movements to its body mid-corner. It’s no Porsche 911 cabriolet, but it retains more agility and adjustability than, say, a Bentley Continental GTC V8 (which, admittedly, has seats for an additional pair of occupants). The less agreeable news is that the AMG chassis settings don’t turn the SL into an outstanding driver’s car. Despite its formidable performance, you’ll still get more vivid kicks in a couple of other grand convertibles we could mention. And yet, for everyday driving, the SL’s opulent luxury, refinement and ease of use could be just as convincing as its rivals’ vivacity and fleeting agility. Maybe more so. Long live the legend.