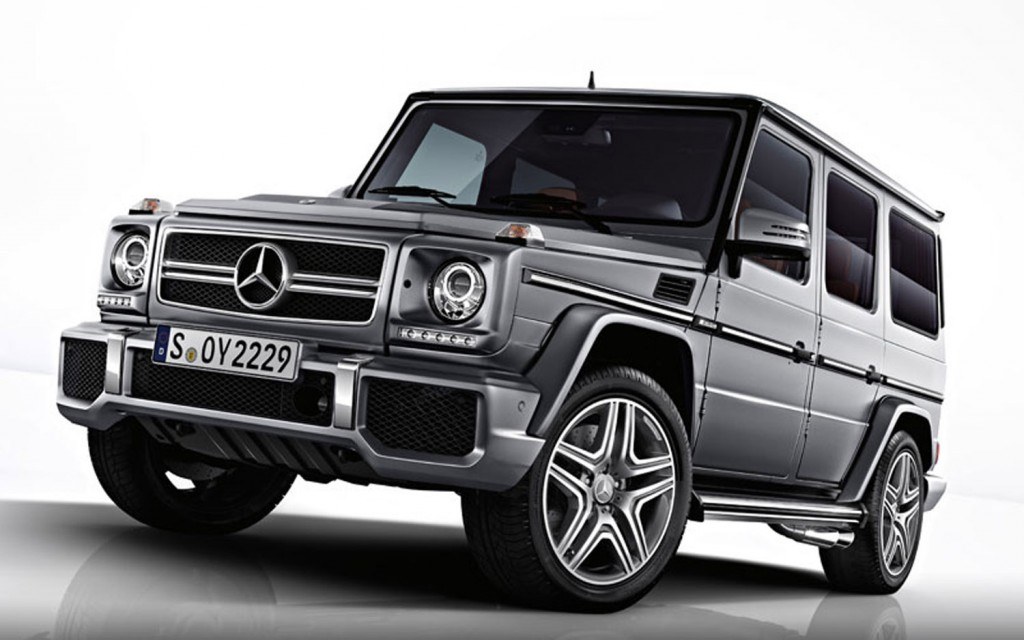 Mercedes-Benz are one of the world’s favourite prestige car manufacturers. Their range of cars represents some of the most affordable luxury vehicles on the market, combining great taste with fine German engineering. They’re usually more well known for their range of sedan and estate cars, but their range of 4 wheel drive cars has been gaining a lot of fans recently. Their SUV sales have naturally risen as the demand for luxury ‘Chelsea Tractor’ type vehicles has increased in the last decade. However, their much less refined Gelandewagen has also seen sales rise by over 50%. In May they announced the arrival of their new 2013 G63 AMG as the latest update to this range.

The Gelandewagen was originally designed by Mercedes-Benz as a military vehicle. It has a box type look that clearly places functionality over form. However, this is considered by many to be an iconic design, as memorable as the Porsche 911, another notable classic of German auto-mobile engineering. Therefore you can understand why the designers of the new 2013 AMG model have been loathe to change this classic look.

So what have Mercedes-Benz actually done to update this classic? Well, in terms of the exterior they’ve followed the vogue of many manufacturers with LED head-lamps, which provide a much brighter source of light than conventional lights. There’s also helpful indicators now placed on the wing mirrors. Red brake callipers and twenty inch alloy wheels add to this new slightly urban look to the G63 AMG, without allowing the bling to take over. Finally there’s the three huge air intakes that define the front fascia, hinting at the sheer aggression available from it’s beastly engine.

Whilst the exterior of the G64 AMG is considered a Germanic icon, designers have not adopted the same conservative approach to restyling the interior. It seems that most luxury car drivers now expect some kind of tablet computer styled interface sitting in the middle of the front display and Mercedes-Benz have decided not to disappoint. The centrally mounted screen interface uses a  a twist and press style button interface that should be familiar to all kinds of modern car users. Couple this with cruise control, Parktronic (MB’s propitiatory parking assistance system) and blind spot assist and you’ll start realising what’s been done to bring this model into the 21st century.

Under the hood the G63 AMG is a veritable monster. It packs in a 5.5 litre twin turbo V8 engine  capable of supplying up to 536 HP. This powers the car’s four wheel drive system via a smooth seven speed automatic gearbox, which has been specially optimised for the model. The hydraulic recirculating-ball steering is apparently more suited to the wild outdoors than the rigours of the modern street, and will require a bit of getting used  to. When it comes to more tough terrain you can rely on the special four wheel electronic traction system (4ETS) to use its special three distinct differentials to help you over anything that comes in your path. It even features a special mode that’ll allow you to work with a trailer.

With a top speed of around 130mph and 0-60 in around 5 seconds the G63 AMG can challenge and beat most sports cars on the road in an outright drag race. It’s available at on on the road price of just over £120,000, a full £40,000 more expensive than the entry level model. Of course however, if you want the best from this design classic, then you’ve got to pay the top price, and in our opinion this model is more than worth the money.

If you’d like to sell your 2008 plate on Mercedes get in touch with us because we offer a face to face service where your prestige car is personally valued. Call us on 0845 003418 or complete this prestige car valuation form.