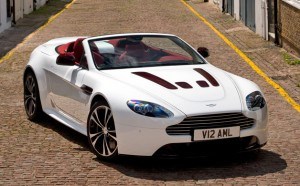 After the excitement of the Audi RS5 and RS5 Cabriolet, it brings our attention to the latest Aston Martin drop top! Is almost mind blowing that it has taken Aston Martin four long years to launch this all new Vantage Roadster. Its  a shame given the royal fanfare and hype following the arrival of the Coupe four years ago. Still, it is here now and to be totally honest, this Roadster needs no hype at all, the V12 is a glorious addition in its own right.

The Roadster still shares the 510 bhp and 420lb ft of torque, AND retains the manual gearbox. The later has received fierce criticism, surely there should be an auto option? In saying this, you don’t need to apply the throttle to get going, just lift the long-travel clutch and the torque will do the rest! Add to this the 6.0 litre engine and it is pure pleasure. Smooth but with that punch right across the range when you need it most. Its stable at speed and with a good seating position while listening to a thumping B & O sound system and the rumble of the engine, things just don’t get much better. 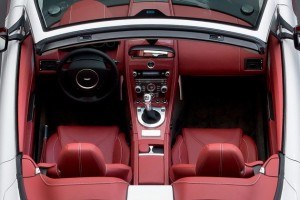 Peel away the familiar body panels and you will find an equally familiar chassis. Astons’s vertical/horizontal chassis has been around since the Vanquish arrived in 2001, but it has evolved significantly over these 11 years. It isn’t as if the bonded and riveted aluminium chassis is outmoded technology, Porsche has only just introduced a largely aluminium chassis for the 911 and Ferrari has committed to the material for the foreseeable future too. The V12 Vantage Roadster gets the same basic structure as a V8 Vantage Roadster, which features a stronger crossbeam behind the dash and thicker, more rigidly fixed aluminium undertrays to further the boost structural strength. 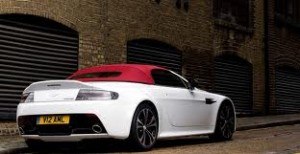 Unique however to the V12 Roadster are a new damper and spring design and, of course the dampler and spring rates are revised to compensate for the loss in rigidity. Aston claims a top speed of 190 mph (same as the coupe) and 0-62 in 4.5 sec (0.1 sec slower), so a Nissan GT-R or 911 Turbo would swat it away with ease. But as these cars become so very quick, the 0.62mph stats become less and less relevant. This car does do 190 mph, so its very rare that it feels a bit flat, I can assure you. The V12 Vantage celebrates exactly what it is, a small car with a thumping great engine, and it feels special even at 15mph. You do not need to drive it fast to notice this is not the Coupe, the odd wobble through the steering column and the occasional shimmy around the windscreen header rail soon giving the game away. Its not terrible, most would not even notice, not enough to care anyway. Besides, the Vantage is one of the few cars that looks even better in Roadster form, so why not let everyone enjoy it while you get personal with that V12? So, overpriced? That’s a yes then! In fact excessively so! At £150,000 you could consider a similarly priced Lamborghini Gallardo perhaps ……, or pay the extra £23k for the Ferrari 458 Italia! I can’t pretend its perfect, but this car makes you happy, and surely that’s got to count for something!

If you’d like to see more pictures of the Aston Martin then visit our Pinterest board here. Alternatively if you’re looking to get a valuation on an Aston Martin or even thinking about selling it – we’ve been working in the prestige car market for over 20 years and we can therefore give you a great valuation and a personal service whereby we come to you.

Get a valuation by completing this form.