Summer in the UK usually means Wimbledon, Strawberries and crea 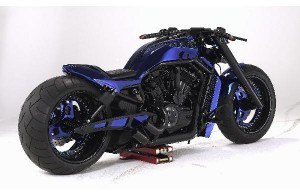 m, the BBQ being fired up and of course the  roof is down on the thousands of convertibles around the country! Probably best not to include the World Cup!! 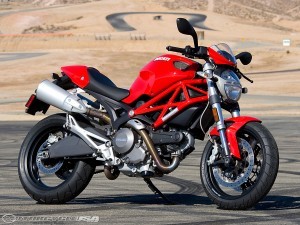 We at Iain  Mutch Specialist Cars have seen a massive change over the last 12 months however ………….., Summer has always seen plenty of motorcycles zipping around, mainly in huge groups on a Sunday afternoon.

This year it has been very apparent that many ‘older gentlemen’, are opting for the throaty roar of a Harley Davidson. Or the sleek growl of the Ducati.

Its interesting, the Porsche 911 convertible or the Ferrari GTS (which only ever makes an appearance on a Sunday) is playing second best to these new toys. Why is this then………., is it purely the male mid life crisis going on. Or ‘ just because I can’ , perhaps the ‘other half ‘, would never dream of getting on the back? This later suggestion I believe to be the more realistic!! So, we find ourselves being overtaken at speed by one of these very impressive machines. But are they ridden with the same skills of a ‘good driver’? Very often this is not the case. The more sensible rider will have had a few lessons before taking their Harley V- Rod out for its maiden ride!

Sadly for the majority who own a prestige car. Its often a misconception that they will indeed be able to handle this huge machine and ride it without fear or anticipation. Perhaps why we at Iain Mutch Specialist Cars, now keen buyers of both Harley Davidsons and Ducati’s are buying and selling these prestigious brands at a very fast pace.

With so many variations of each brand its very wise to do some homework before you rush off out to purchase your first Harley!

When will you use it? Will you have a pillion? Are you intending to use it on a track from time to time.

Though this would almost definitley sway towards a Ducati. 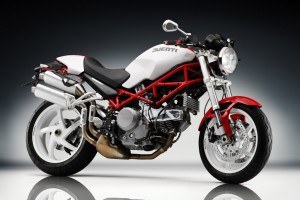 Ducati however, in isolation we like the new Monster, which has character, looks good and is modern but still very much a Monster. The new liquid-cooled engine is much better than the old bike’s. There’s loads of mid-range and low-down grunt, and it sounds fantastic for a standard bike. The handling on the S model is excellent, just as happy on road or track, and light and easy to ride. Yes there are a few niggles, a lack of room for feet if you ride on your toes could become annoying, and some would argue there’s too much cooling and piping on show. But this is the best Monster Ducati has ever made. So, decision time ……….., whether a Harley Davidson or a Ducati, either of these two most classic sought after brands will aim to please. This may of course not apply to the ‘wife’ when you disappear for hours on end arriving home just after dusk, splattered with bugs, hot and thirsty, whereupon the Pimms has been drunk and your BBQ apron awaits!!!