Do we really care which model Porsche are referring to?

The Porsche 911 must be one of the world’s best adverts for the power of continuous product improvement. Model names/badges are completely immaterial to most of us, who when casting an eye on this brand will call it simply the 911!  But here we are again with yet another number, the 991. Is it a 911? Of course it is! And here’s why…… maybe never before has this Porsche taken such a significant leap from the 997 to this ‘all new’ 991. 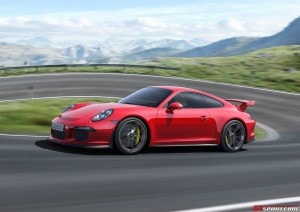 Porsche are stating that 90% of the car’s mechanical ingredients are new or improved? This ‘911’ features a downsized engine, a construction richer in aluminium than ever before.

Even a seven speed gearbox!

The all new model of course looks so like a 911. This is the proof that Porsche knows and values its ever popular sporting icon.

Aluminium has been used in place of steel throughout a great deal of the new 911’s construction. On the 991, almost all of the exterior body panels are aluminium. Most of the body-in-white, except in areas such as the car’s pillars, where high compression strength is required. As a result, on the coupe there’s like-for-like weight saving of around 45kg over its predecessor. (Depending on which model you are driving and what extras are fitted) and a 20 per cent improvement in torsional rigidity. Four-wheel drive is offered as an option on the Carrera models. Costing around £5000 and adding a wider body and extra specification to the car as well as the additional driveshafts.

You might expect a car like this to have a punishing ride. The 911 is actually pretty good at soaking up bumps. Particularly if you have the PASM adaptive suspension that’s standard on S models.

Supportive seats add to the comfort, and there’s a huge range of adjustment for the driver’s seat and steering wheel.

Only the wide tyres let the side down, because these generate quite a bit of road noise at motorway speeds. The way the dash is laid out isn’t quite so impressive. The air-conditioning controls are difficult to get at when the gearstick is pushed forward into the odd-numbered gears.Fortunately, the standard touchscreen keeps the stereo and satnav functions reasonably simple, and the screen itself is easy to reach from the driver’s seat.

The 911 used to have tricky handling, with its back end all too keen to overtake the front if you made a mistake.

However, Porsche has now cured this problem.Instead of being intimidating to drive, the latest 911 makes you feel like an undiscovered talent, because its steering is so precise you can place the car exactly where you want it.The car also responds quickly to your steering inputs and grips tenaciously in corners, while the engines sounds fantastic when you rev them.Even the least powerful version of the 911 – the standard Carrera – can hit 62mph in less than five seconds, while the S model offers a noticeable step up in performance.

The Turbo, meanwhile, can keep up with all but the most expensive and exotic machinery.

Carrera 4, Targa and Turbo versions of the 911 are equipped with four-wheel drive to give them all-weather ability.And while most high performance cars have big blind spots, the 911 gives you an excellent all-round view.This combines with steering that’s surprisingly light at town speeds to make parking and manoeuvring easy. Plus the accelerator pedal has quite a lot of travel, which helps you drive the car smoothly in city traffic.Versions with a manual gearbox do have a rather heavy clutch pedal. But the optional PDK automatic ’box is super slick.

So, with say the Carrera S, probably the most popular model so far being priced at £83,545 it has almost certainly earned its right to be called a 991. As paying 83k for a Porsche 911 in its day would have been a typing error! 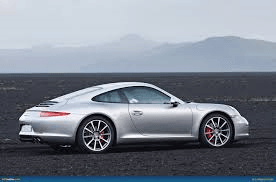