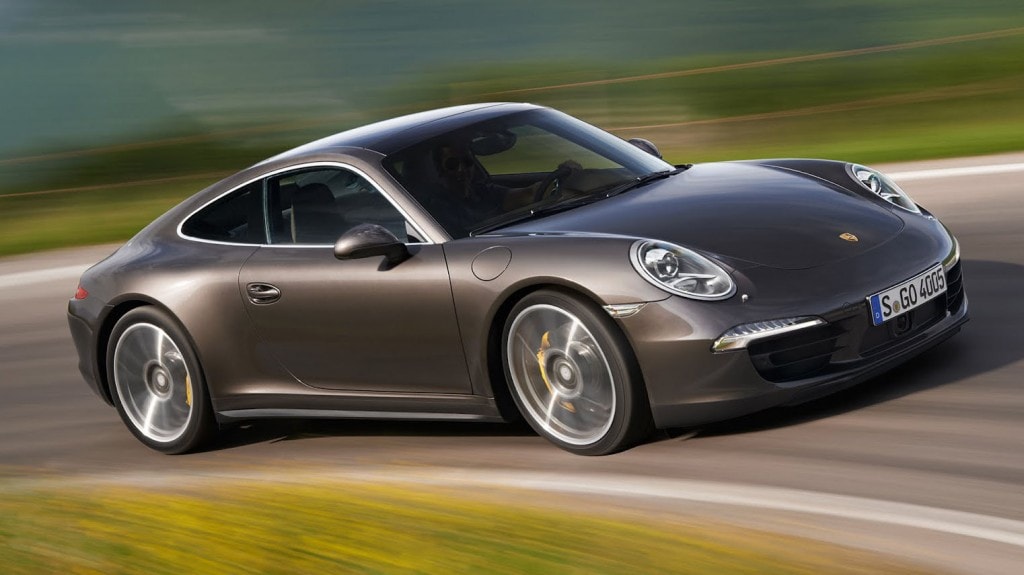 From the Porsche Cayenne to the Porsche 911 Carrera 4 ……, completely different in so many ways, but with the Porsche logo at the helm guarantees perfection in every way!

For more pictures of this classically gorgeous car, check out our gallery on Pinterest by clicking here.

Just a year ago the launch of the new Porsche 911 Carrera 4 and Carrera 4S made it even more difficult to decide which 911 to go for. The main question is however, are the four-wheel drive cars better still? Its still worth noting than even when you’re piling on the power while exiting a tight hairpin bend in the Carrera 4 or 4S, the vast majority of drive goes through the rear wheels. The Carrera 4 sends the bulk of its power to the rear wheels in normal conditions. Most of the time the rear and four wheel drive cars feel much the same.

While the old 911’s front end would meander around in high speed corners and telegraph every bump in the road surface, none of this unruly behaviour exists in the new car. The super responsive steering provides a constant stream of information about the state of the road and the amount of grip the front tyres have to offer. While you can attack bends with total confidence, though, you have to let the car settle before getting back on the power or the stability electronics will be working overtime. 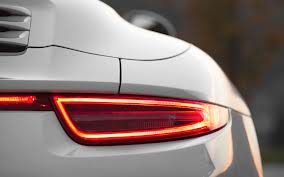 Ride comfort is surprisingly good for such a focused car, but the car tends to follow grooves in the road and feels quite nervous on the motorway. The upshot is a car that changes direction more vividly than ever, while feeling incredibly grippy and completely planted at speed.

Behind the wheel ……, the supportive seats adjust in every direction and will keep you comfortable for hours, while all round visibility is superb. However, the news isn’t all good because the switches on the dashboard are too small and too great in number. It can also be difficult to hit the correct area of the central touch screen when on the move. Space in the front is excellent, and while the rear seats are next to useless for adults, they’re useful for carrying luggage. The rear mounted engine means the boot is beneath the bonnet, and its big enough for a small suitcase or a couple of overnight bags. The engines are unchanged from the rear wheel drive Carrera’s which means a 3.4 litre flat six that produces 354bhp and 288lb ft of torque powers the 4, while a 3.8 with 395bhp and 325lb ft is in the more exotic S. If money is no object, you’ll go for the faster, more powerful S, but in truth, both engines are simply sensational!

Crucially, while the basic 3.4 litre Carrera starts at £77,294, you can have a hot 3.8 litre S rear wheel drive version for just £4k more. Even though the Turbo and Turbo S are based on the old shape 911, you’ll struggle to get a discount. On the positive side, this tight control that Porsche has over the supply of cars keeps resale values strong.

Running costs are high, but not by supercar standards.

So, the Porsche 911 lives on …… . It is always interesting to imagine the next phase, but with the technology and design genius that is the backbone of Porsche, it will not be a disappointment that’s for sure!