Anyone who’s got an eye for prestige cars will appreciate Jaguars. These iconic vehicles represent the epitome of British style, class and engineering. Classics like the E-Type, especially when displayed in all its racing green glory, are still able to turn heads and draw gasps when driven on the streets. Recently, this top quality manufacturer has bought many of its models into the 21st century with innovative engineering and and new school design techniques. 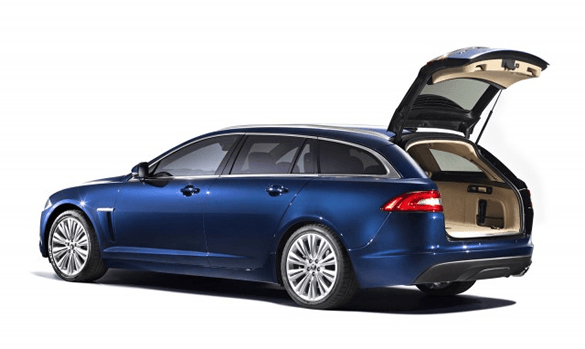 The Jaguar XF is one of the car critics’ favourites. It won the prestigious J.D. Power/What Car? Executive car of the Year 2012. It’s one of their luxury saloon models, seating up to five adults in a stylish and comfortable interior, that comes with leather and wood veneer as standard.

The exterior of the car cuts a modern, yet still sophisticated silhouette, making this the vehicle that many other saloon cars are judged by. Naturally, its good looks are matched by the technology under the hood. The power of the engine is delivered via an electronically controlled eight speed gearbox and is packed with clever road-handing and suspension systems.

Recently Jaguar have announced a number of updates to this range. They’ve been criticised for not including a 4 wheel drive model in their range and some media voices have said that in today’s carbon-footprint conscious world that the hefty V8 engine is a little less than green. The manufacturer appears to have taken these points on board, with some significant changes appearing in their 2013 XF range.

So what’s new with the Jaguar XF? Firstly, Jaguar are dropping the standard V8 engine, which whilst powerful, could at times be a little uneconomical on the petrol consumption in favour of two different engines. The options are either the Jaguar’s own brand new supercharged 3.0 litre V6 engine, which will be unveiled  on their new F-Type Roadster at the Paris Motorshow, or a special Ford turbo-charged four cylinder.

The difference in fuel use between the two types of Jaguar engine is quite large. The old 8 cylinder used to cream through around 11.3 litres per 100km whilst the new 6 cylinder will only use 9.4 litres to cover the same distance.

The standard model XF will be available with either the 2.0 litre or 3.0 litre engine. The XF 3.0 will also give you the option to take four wheel drive (known as AWD in their brochure – all wheel drive), further increasing the traction available, although slowing the performance by around 0.5 seconds.

The standard 2.0 litre models in the range will be powered by the Ford 4 cylinder, which is the same engine you’ll find in the Range Rover Evoque, so don’t think for a moment that there’s not a lot of growl behind it. If you’re looking for the bigger engine to give you the higher performance car then you’ll be looking at either the XF Supercharged or the XFR. The Supercharged can do 0-60mph in around 4.9 seconds, with the XFR pushing the boundaries to do the same acceleration test in a jaw dropping 4.7 seconds.

The interior of all new 2013 Jaguar XFs can be upgraded with a premium pack. This includes an HD radio, an upgraded navigation system and a high power interior sound system. With these new models you can also pay extra with a portfolio pack, giving you contrast stitching on the leather interior complete with suede headrests and a deep pile carpet.

All in all, the 2013 XF range looks like its going to be another roaring success for Jaguar. They’ve taken what was ostensibly one of the best cars on the road and tweaked it to make it even better.