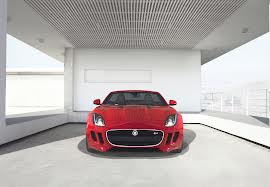 In our last blog we talked about one of Britain greatest car manufacturers – Bentley, now we turn our attention to another – Jaguar and their new F-Type.  A true head turning, petrol head dream! A bit like the Jaguar XF that we reviewed a while back.

Here we compare the Jaguar, the 911 and the Boxster to see which one is best.

Now if you ask the Jaguar marketing types what they consider to be the main rivals to their F Type, they will state, “the F -Type is without competitors!”

So, are they right?

The F-Type costs a whopping £22k more than the Porsche Boxster, BUT, an equally whopping £24k less than the 911 Carrera 2S Cabriolet. 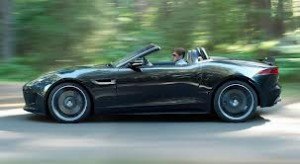 The F-Type will give you 64 bhp more than the Boxster, but a mere 20 bhp less than the 911. In a race to 62 mph, the rear engined 911 will get there first, with the front engined F-Type only 2 tenths of a second behind. The Boxster is in third place, only 2 tenths of a second further back again. It is likely 80 per cent of you will opt for the Porsche 911’s double PDK box instead! So, remove the clutch pedal and hey, the 911 and F-Type are closely matched. The Jag has a tremendous noise, like an RAF Typhoon, the 911 has the most glorious sound all, but only past 5000 rpm. The Porsche does perhaps steer a fraction, albeit just a small fraction better than the F- Type, but debatable. The 911’s brakes and throttle are a little more reserved than the frenzied hyper quick controls, which although can oversteer at its limit, are great if you have lots of road or track and of course talent! A little unnerving however for the majority of us, especially on those crisp winter mornings!

Its a shame the F -Type has not been launched with a manual gearbox ………. yet? But, does a sports car need a manual box for credibility? Perhaps for those who enjoy the left foot braking and both hands on the wheel paddle shifting then yes. 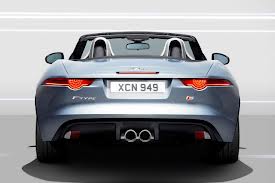 Is weight an issue, built in aluminium to make it lighter, but the F-Type still weighs in at a hefty 1.6 tonnes! Next – the good old boot issue! As we all know, and either love or hate, tradition states all 911’s have their boot in the engine compartment. The F -Type’s small 200 litre boot remains the same whether the roof is up or down. I don’t really think when considering either a Porsche 911 or a Jaguar F -Type the boot will be among the deciding factors.

When you drive the Boxster its near on impossible to tell where the mass of the engine lies. The suspension is perfect! However hard you twist and turn the Boxster there’s no sensation of weight transferring anywhere. On fast bumpy roads it jumps far less than the 911 where the F -Type smooths over them. The F -Type is quieter on the road than any Porsche, which is good news on a long motorway cruise. It doesn’t matter whether you opt for the V6 or the top of the range V8S, the Jaguar F -Type is a joy to drive, its British, its Patriotic. Add in the Typhoon roar of the exhaust system and every drive out in the Jaguar F-type becomes an occasion to remember.

Whichever you choose, the Boxster, 911 or the F-type – you’re in for a real driving treat. If you have an older model to sell to make way your new play thing – then get in touch with Iain Mutch Cars for a free valuation on your Porsche or Jaguar. We specialise in buying prestige cars less that 6 years old. We DON’T buy any car – we only buy the best ones and that means we can offer you the best price.