During the last twelve months we as a nation have never felt more patriotic. With the Diamond Jubilee ,and  the Olympics held in Great Britain, it has left a real feel good factor. Much the same as the Jaguar E-Type! As Enzo Ferrari once described as “the most beautiful car ever made“. When Jaguar first launched the E-Type: the project was first given to an internal competition team, who planned to salvage what they could of a discontinued race car to produce a grand tourer for the road. Step back to the seventies and the run out version of Jaguar’s infamous sports car come coupe came with a benchmark 5.3 litre V12 producing upwards of 240 bhp and 300 lbs/F1 torque, and engine that took the battle straight to Ferrari and Lamborghini.

For more images of the wonderful Jaguar E Type V12 click here and to take a look at our video of this masterpiece from Jaguar – click here. 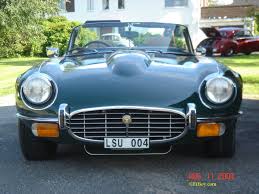 It can be argued that by now that the 1500kg long wheel base car, 200kg up from previous road going versions, came closest to being a genuine GT as well. These cars were campaigned on track across the globe to good effect, but on the road there is no disguising the cars raison d’etre which is to tour. The mightly V12 engine hardly requires any pushing, in fact it only seems to require one gear, fourth! However, at nearly £1.40 per litre in 2013, the equally infamous fuel economy of the 5.3 litre engine may make each journey feel like it should be your last, but the experience behind the wheel certainly helps justify that.

The ignition key is no longer in the middle of the dash and instead below the steering column providing an almost laughable level of vehicle security. All the primary controls are dead easy to operate, even the foot pedals, sunk deep into one half of the narrow tub are nicely spaced meaning you never miss the mark and can stop the car on a sixpence!

Even at a tonne and a half the Series 3 V12 can still be hustled along with just a few impromptu seesaw actions on the steering wheel when navigating tighter bends at speed, one turn to steer the front, back straight again as the rear reacts before turning the wheel once more. Think early footage of Moss or Hawthorn drifting their cars around Goodwood whilst carrying a very large on-board camera! You only need to drive an E-Type just one mile on a beautiful day to connect with this legendary masterpiece. 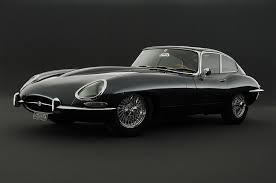 Everywhere you go people will stop and ask you about the car. This car is a huge part of our heritage, a stunning looking car whose good looks were somewhat of a by product achieving an aerodynamic shape for the track rather than something to admire at a show. The E-Type V12 provides the Grand Tourer Jaguar always wanted this car to be and helps to fully understand the journey from the far racier series 1 and 2 cars through to the more laid back XJ-S, XJS and finally the Jaguar XK8. All of these cars that provide this trademark give both pace and just enough space. That said the Series 3 V12 is still a very fine car to cruise around in and to enjoy just being British.

If you are looking to sell your classic Jaguar or even one less than 5 years old, Iain Mutch are the people to contact. With over 25 years experience in buying and selling luxury cars we offer the best service in the business (for example we come to you) and the best prices. Fill in this simple Jaguar valuation form to find out how much your Jaguar is worth.