The New Lexus IS 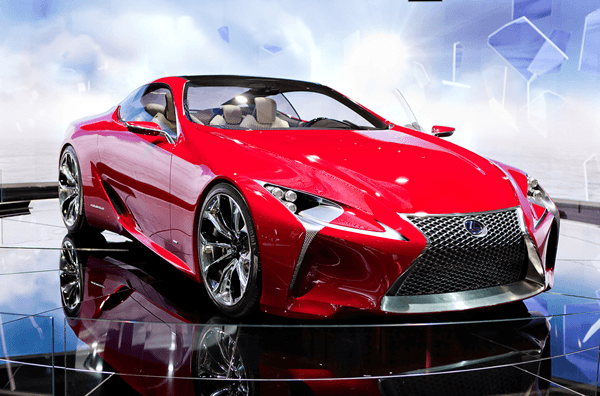 You’ve got to love the Detroit Motor Show. This is ‘the’ place for finding out about new cars and the innovations that they possess. This year will see a the new BMW 3 Series and Mercedes C-Class, but the car we’re really looking forward to getting a look at is the Lexus IS. Their marketing department have been teasing us with a few photos of this awesome looking car, and if you’re really hungry for information then you can sign up on their website for updates.

Lexus are the luxury vehicle division of Toyota, the famous and somewhat massive Japanese car manufacturer. They were first introduced to the US market in the late 1980’s and since have grown to become Japan’s number one make of premium cars, easily outselling all their competitors. Without question they’re one of the brands that are now associated with style, wealth and opulence on a worldwide basis, occupying a similar grading in the marketplace to their top end European manufacturing rivals.

The first Lexus IS was released in 1998 as an entry-level compact luxury car. It was also known as the Toyota Altezza (where Altezza means ‘highness in Japanese). The first edition of this car was incredibly well received by the Japanese motoring press, who instantly fell in love with the vehicle and gave it their prestigious ‘Car of the Year’ award for 1998-99. It also performed well with the popular TV show Top Gear, coming in second in their 2005 ‘Satisfaction Survey’ to the Honda S2000. The second edition of the vehicle was released in March 2005, having dropped the Altezza tag in favour of new branding as the Lexus XE20. At market, this car performed reasonably well, selling better than similar Audis, but not quite as well as the Mercedes C-Class.

So what can we expect from the new Lexus IS? In 2012 we saw BMW make a particularly bold move into this market with their excellent Gran Coupe, with Mercedes and Jaguar also coming on strong. It’s safe to say that any car looking to make its mark in this highly competitive sector must tick all the right boxes in a number of areas. These days you can’t get away with simply having the right brand – cars have to perform well on the road, look right and offer all the correct creature comforts to score big with the consumer.

From the photos we’ve seen the Lexus IS certainly cuts an imposing silhouette. It features the big, spindle-like aggressive front grill intake that’s apparently a design hallmark of all the up and coming models, shaped like a squeezed in box, with the trademark Lexus logo sitting firmly at the front. This is paired up with the two headlights, which in our opinion are smaller than you’d expect and in effect complement the bold statement made by the grill. This is a powerful looking auto-mobile that in essence oozes status and masculinity and is sure to turn heads when pawing round the tarmac.

Compared to previous models, the new Lexus IS has an extended wheelbase and slimmer front seats, allowing for  much more generous knee-room in the front of the vehicle. The driver’s seat is apparently more comfortable than in previous models and the steering wheel has been set an special angle, inspired by the LFA supercar, to give the driver a much more sporting behind-the-dash position. All the other controls are mounted in the car’s central console, just a mere finger-flick away from the driver’s position. The seats also feature an exclusive design that’s said to give extra support through a special integrated foaming method.

What about under the hood? Well at the time of writing Lexus are keeping the technical specifications of this car well under wraps. They’re clearly very serious about this assault that’s being made on the BMW and Mercedes stronghold on this market sector and we think that if they’ve got the sums right and done the correct research they could have a really powerful contender on their hands. Never one to over-price their cars, we think that the Germans should be scared of losing their top position to this canny Japanese manufacturer. We’re keeping our eyes firmly planted on the road in front of us.

Are you considering buying the new Lexus IS (we don’t blame you, it’s gorgeous) then you might need to shift your old car – Iain Mutch only buy the very best cars, that means we can give the best prices. Give us a call on 0845 0034018, email us or get a free quote and valuation on your car.