The rarer the better. Hard to find prestige cars.

The Rarer The Better

As with everything, the scarcer something is, the more valuable it is considered to be. This is certainly true of the prestige car market, where rare and unique cars can fetch huge amounts of money. Some of the world’s greatest playboys, such as the Sultan of Brunei, actually collect cars as if they were works of art or fine wines. The highlight of this billionaire’s personal collection of auto-mobiles is said to include a custom made Rolls Royce Silver Spur, inlaid with 24 carat gold, valued at around $14m. Although there are no comprehensive lists of his entire fleet, experts estimate it to be somewhere in the region of 6,000 vehicles.

Whilst some people might go to a car showroom looking to knock a few pounds off the registered price of a car after a bit of fast talking with the salesman, no one who’s looking to purchase a rare prestige car is too concerned about the cash. This is certainly one business where you have to pay for quality and if a car that should be expensive suddenly turns up cheap, the chances are that there’s going to be something seriously wrong with it. Most cars of this kind are usually sold in auctions where collectors can be pitted against one another to push up the value of the car.

One thing that can certainly make any car more interesting is it’s heritage. For instance if you’re looking to buy a 1968 Mustang GT 390 Fastback, you could be looking at paying around £50K. However, if you’re talking about purchasing the exact model that Steve McQueen drives around in the legendary police film, Bullitt, then you’ll be looking at considerably more cash, possibly well over the £1M mark.

However, Max Balchowski, who modified the original car for the film, now claims there are a whole bunch of fakes and replica Mustangs on the market and it would be quite hard for even an expert to tell if any car is actually the vehicle from the movie. This is in no small part due to the fact that people can charge a whole lot more for a car with a connection to someone or something famous. 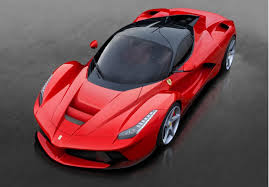 Sold Out Before Seen

Certain cars attract such a high level of interest that you won’t even get a chance to buy them. Take for instance the latest Ferrari, the hybrid engined La Ferrari, which is considered to be the natural successor to the Enzo. Even though the manufacturer put a price tag on the new vehicles at just a touch over £1M, they still managed to receive enough orders for the car to sell their entire production run of just 499 vehicles twice.

Some prestige cars don’t sell out, instead you just have to wait a long time to get your hands on them. Bugatti announced their famous Veyron, a vehicle much loved by the presenters of the BBC’s Top Gear show, in 2003. It took them a further 8 years to finally complete their production run of just 300 cars. This is clearly not just a vehicle for people with plenty of money, but also one for those with bags of patience and presumably a number of other cars they can use whilst waiting for their order to be fulfilled.

One Of A Kind

Of course there are the kind of cars that you’ll never ever get to even see, let alone stand a chance of purchasing. One of the most famous cars of all time is the special Silver Ghost that Rolls Royce used as a demonstration model in the early 1900s. Known to the engineers at the plant as chassis number 60551 the car was nicknamed The Silver Ghost as a tribute to the silence of the engine and ride. Today this car is considered to be the most valuable in the world and is insured at around £35M. 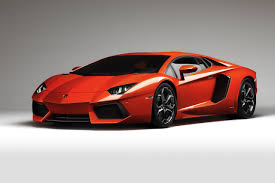 It’s not just old, vintage cars that attract the highest prices. In 2012 Lamborghini produced a special, one off version of the Aventador, the so called Unica -J. This vehicle, created in a special silhoutte with a deep red colour, sold for well over £2million to an anonymous buyer. Whilst you might be fortunate enough to see one or two top end Ferraris driving down the high street, this is one car that you’ll never, ever see anywhere other than a few photos on Google.

Too Precious To Drive

Finally, if you do ever get to own a hard to find prestige car, then the chances are you’ll probably want to keep it under lock and key hidden away from the world where no one can scratch it. That’s the irony about owning one of these rare vehicles – you might spend a fortune acquiring one, which might look amazing out on the road, but never actually allow anyone to see it.

At Iain Mutch we specialise in buying prestige cars like Ferrari, Lamborghini, Rolls Royce, Maserati and Porsche. Because we specialise in just the best cars – we can normally offer you a better price than other dealers. And we always come and see the car in person so you never get an inflated offer by email which is then knocked down when you take the car to see the dealer. We think that is a much fairer way to do business.

For a free valuation of your prestige car – just complete this form.