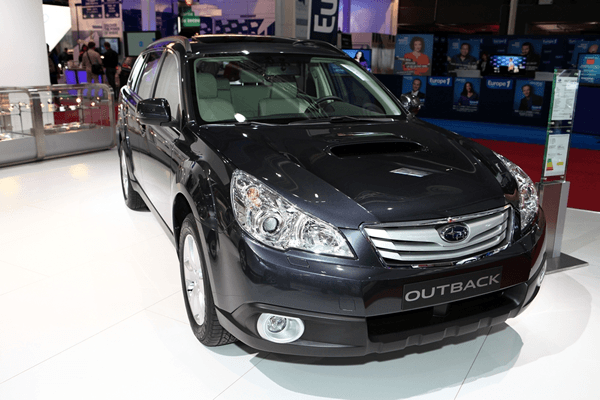 Subaru are one of Japan’s best known car manufacturers. They’ve excelled in recent years with the addition of the Subaru Impreza to their range, which is now on its fourth generation. Many people will know this car through Rally Motor-sport, where this famous blue and gold vehicle will be burned into the memories of many fans when it carried a young Colin McRae to his first ever WRC win.

Of course, there’s a lot more to this manufacturer than just rally cars and roadsters, and you’ll find that Subaru are prepared to go toe to toe with their European counterparts on just about every type of vehicle design. In recent years we’ve seen almost all motoring companies make some kind of entry into the lucrative 4×4 market, and as you’d expect, Subaru have been up there with the best. They’re certainly not slowing down in 2013 either and have already released their new Outback 2013 range.

The first thing you notice when you see any car is the exterior, which has to be a statement these days. Looks are becoming more important than ever. Check out the Audi SQ5 which we recently reviewed. 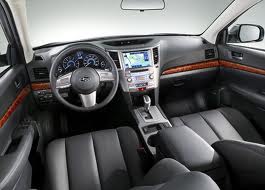 Subaru’s 2013 Outback isn’t going to win any awards for design innovation or excellence, sticking to the standard, chunky four by four design style that dominates this genre, with a wide, impressive front profile made up of a menacing air intake and big lights. The lines and contours of the car fit well with the body shape, which forms a slight wedge shape with just the right amount of drop at the rear end. Definitely a good looking car that doesn’t look out to sea with the addition of some big six spoke alloy wheels.

When you decide to choose a 4×4 over a regular sedan, coupé or estate car, one of the things that you’re really looking for has to be comfort and interior design. The Subaru 2013 Outback is incredibly spacious with enough room for a large family and all their luggage to rest in comfort in the stylish leather upholstery. If you need more space then you can fold down the seats as you’d expect to create a large carry area in the rear of the car. Safety has also been well thought out too, with six air bags in the front of the vehicle to protect the driver and passenger from the unfortunate occurrence of a collision.

Everyone knows that driving a big 4×4 can be a difficult task, especially when you’ve got to keep your eyes on so many different areas of the vehicle, checking each one doesn’t collide with other parked cars or bumpers. If you’re the type of driver who usually struggles with this kind of thing then you can opt for Subaru’s amazing Eyesight system on your 2013 Outback – one of the manufacturer’s interesting additional extras.

Eyesight is a special system that uses dual cameras placed on either side of the rear view mirror to assist the driver when parking or moving into tight spaces. It’s interesting to note that this is one of the few real optical driver aid systems, as many out there rely on radar systems that are usually placed somewhere around the front of the car. Eyesight takes stereo images of the view ahead and can over-ride the drivers instructions, slowing the car or even halting it, in the event of a possible predicted collision. Not bad eh? We’re just wondering if it works in reverse too. 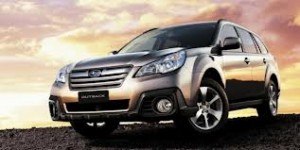 Despite our best intentions, we haven’t managed to make it behind the wheel of one of these new Subarus, as they are simply so new – however from the reports we’ve read about the 2.5 litre addition, the car is very pleasant to drive without feeling like it’s over-powered. Apparently it drives best in difficult conditions, which may endear it to the country set.

We believe that one of the best things about Subaru’s 2013 Outback is going to be the price. As it’s only just been released we can’t actually find any UK pricing figures for this car at the moment (Subaru are happy to help with any inquiries if you fill in a form on their site). However, there is a ton of information on their US website, listing all five different models at what we believe to be incredibly competitive prices. We do, of course, recognise that cars are always less expensive in the US that they are over here, but even if they replace the dollar signs with pound signs, as opposed to just converting currency, this will still be a very cost effective car when compared to its rivals.

So, whilst the Subaru badge might not carry quite the same credibility as some of the more well known European manufacturers, what you’re actually looking at here is a car that looks just as good and handles just as well as many of its peers. The difference is that this car hopefully won’t cost nearly as much, making it a real option for many families out there looking for a sturdy 4×4.

If you’re thinking about getting a nice new car and want to sell your old one first – then get in touch with Iain Mutch. We only buy quality, used prestige cars – and that means we can often give you a better price than national outlets who “buy any car” – we don’t buy any car. We only the buy the best – is yours one of the best? Get a valuation now.