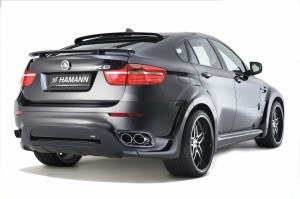 So, following on from last weeks journey into the automotive history of British Heritage and the Jaguar E-Type, today we move across the Atlantic to the home of  BMW and the third in line X model. Yes it’s the BMW X6.

Check out our Pinterest gallery of the BMW X6 here.

Or if you prefer a video, then we have one here.

The first X model was the BMW X5 brought onto the market back in 1999. BMW claimed this was the first Sports Activity Vehicle. Oddly numerically this was followed by the X3 in 2003, a smaller version of the X5 and a direct competitor to the Land Rover Freelander.

It was not until 2007 the first concept of the X6 was seen with full production in March 2008. All three X models feature a turbocharged engine, the first full range turbocharged models BMW had produced. So, who would buy this all new design? Simple, Mercedes CLS owners that require more space but with the luxury they are used to, as a Mercedes E Class customer loves the X5. 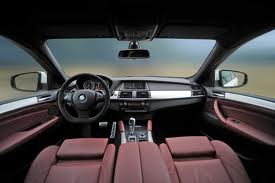 The full range of X Models comprises three petrol engines and three diesels. The newest addition to the range is BMW’s tri-turbo diesel, a three-litre unit based on the existing six-cylinder engines. It powers the X6 M Performance model and the M50d.  Both the X5 and the X6 are produced in the United States, many of the parts being identical, to a point ……. . But the appearance…………,  not since the Mercedes CLS has opinion been so divided. In contrast seldom has much of that opinion been negative. It has striking angles and huge presence at the front. The four imposing lines down the front of the bonnet make the X6 look like no other. The optical illusion enhances the width of the front with the aid of the frontal air intakes. Its 50mm wider than the X5 just about as wide as a car can get before being unable to visit the car wash! The grilles are the largest BMW have ever produced, though they perhaps need to be to feed this all new engine. With such a beefy front, there was always a risk that the X6 could look rather limp at the rear. Wrong! BMW managed to give the X6 an authentic coupe roofline. Its height peaks above the front seats then gently slopes towards the rear. 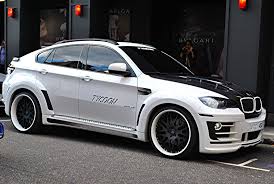 As for the drive, well the X6 drives amazingly firmly for a vehicle with such a kerb weight, the sort of heft that usually means a car is able to brush off minor surface abrasions. It urban ride is rather unsettled however, despite its weight. Things improve as the speed rises, although not drastically.

The X6 seldom feels calm except on the smoothest of surfaces, so regardless of how comfortable you can make yourself behind the wheel, it is not a relaxing car in which to cover long distances. However, having said that, BMW have already made certain improvements with the facelift. Although the X6 M50d, does exhibit some road noise courtesy of its new 20″ wheels, the motorway cruising does seem hushed, although at low speed the unsettle nature seems the same.

There are not many tall 4WD weighing as much as this that feel as agile as the X6, only the Porsche Cayenne GTS comes close.  It seems important to think about fitness for purpose with the BMW X6. Do we really need such a large car which has such limited interior space? Neither a Porsche Cayenne nor a Range Rover Sport is particularly spacious or comfortable to ride in the back of, but they do offer space for five while the X6 offers only four.

So, what has BMW achieved? It has given the X6 looks that are distinctive and unique and above all else BMW have built a car which people want!

It you’re looking to sell your BMW, Porsche, Jaguar or any prestige car in fact and you need a valuation – we can do that for you. And remember we come to you. So just fill out this valuation form and we’ll get on it. Like a car bonnet.